Chinese New Year May Lead To More Shipping Delays. When Will The Supply Chain Problems End? 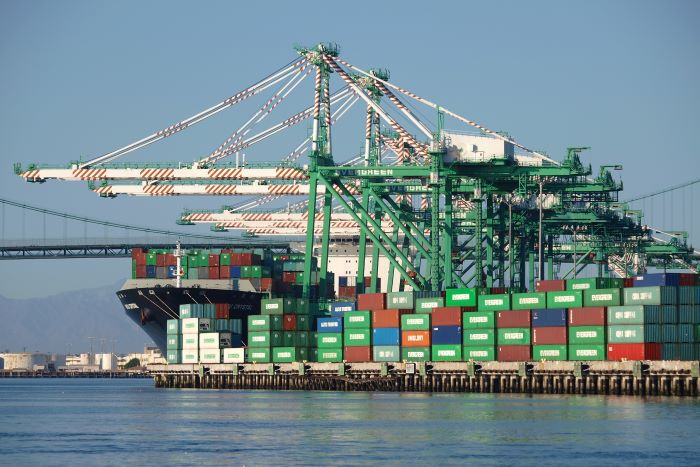 When the pandemic struck in early 2020, people and businesses were quickly forced to restrict their activity, sending the global economy into a brief but damaging free fall. Businesses began liquidating excess inventory and getting rid of closeouts, as they feared a long-lasting downturn in sales and economic activity. As offices and stores closed, and factories from Asia to Europe and North America halted production, companies laid off workers en masse. Businesses shut down 3PL warehouses and closed Amazon FBA accounts due to high storage fees. That took spending power — an economic life force — out of people’s hands. With fewer goods being made and fewer people with paychecks to spend, manufacturers and shipping companies assumed that demand would drop sharply. But a far more complicated situation unfolded, challenging the global supply chain. Closeout brokers and overstock companies have been buying everything from home accessories and housewares to excess inventory of toys, lawn and garden products and overstock inventory of sporting goods and wall art. The question we now face is how will the Chinese New Year affect supplies? Will it be another hiccup on getting past all of the problems we have had with ships on getting unloaded? Closeout liquidators sure hope so.

In early 2020, the entire planet suddenly needed surgical masks and gowns and other protective gear. Most of these goods were made in China, which produced half of all protective masks the year before. As Chinese factories ramped up to meet the new demand, cargo vessels delivered protective gear around the globe, even to regions that do relatively little trade with China, such as West Africa. Containers full of masks and gowns replaced inventory that in prior years was sold by closeout brokers, overstock companies and importers of household items like frying pans, camping tents and cosmetic mirrors. Empty shipping containers piled up in many parts of the world. The result was a shortage of shipping containers in the one country that needed them the most: China. The slowdown took about 6 months but then closeouts and excess inventory was not available in the same abundance as 2019. Companies that specialize in buying overstock and liquidating excess inventory had to work harder and dig deeper to find deals.Closeout liquidators found new and innovative ways to do business in a challenging closeout environment.

It didn’t take long before China’s factories were pumping out goods in record volumes. Despite the worry that economic devastation would destroy spending in many countries, the pandemic merely shifted the demand: Instead of eating out and attending events, Americans bought office furniture, electronics and kitchen appliances. The huge supply of goods being sold online created closeouts again businesses were liquidating excess inventory. Closeout brokers and overstock companies were busy and The pandemic sharply accelerated a trend that had been advancing for years: the shift toward online shopping. From April to June 2020, as the first wave of the virus spread, Amazon sold 57 percent more items than it had a year earlier. Closeout websites took advantage and began shipping as much as possible as quickly as they could. Increased online competition did lead to many Amazon sellers wanting to shut down 3PL warehouses and close their FBA Seller accounts. The high warehouse cost was simply too much for many of them to handle – even in spite of strong sales. Just because an online seller is shipping orders does not mean they won’t have excess inventory problems.Not all products sell well and the slow selling inventory has to be liquidated below cost. It is necessary to sell dead inventory so sellers aren’t paying high storage fees for closeouts and old merchandise. Many sellers had to liquidate Amazon FBA accounts.

The spending in the United States was also encouraged by government stimulus programs that mailed checks to households, part of a record-setting effort to resuscitate the economy. Households collectively received hundreds of billions in recovery aid. This money too was spent in retail stores on closeout merchandise and overstock deals, as well as online with closeout brokers, closeout websites and liquidators for inventory of all kinds. As demand increased, a wave of factory goods swiftly overwhelmed U.S. ports. With too many ships arriving at once, boats had to wait at times in 100-vessel queues off the ports of Los Angeles and Long Beach. Many of these containers were filled with Halloween merchandise and Christmas merchandise that arrived too late to sell. This will result in huge amounts of closeouts in the first quarter of 2020. Liquidating excess inventory will be a better option than sitting on dead inventory until next season. Sell your excess inventory, turn it into cash and use the money to buy new products.

Swelling orders also outstripped the availability of shipping containers, and the cost of shipping a container from Shanghai to Los Angeles skyrocketed tenfold. Even once unloaded, containers piled up on docks unclaimed, because of a shortage of truck drivers needed to haul cargo to warehouses. It was like the perfect storm resulting in oversupply of inventory that does not have a home to go to. Inventory closeouts will be available in abundance after Chinese New Year, and companies that received containers too late to sell we be forced to sell obsolete inventory to closeout liquidators. Truck drivers had long been scarce, with wages steadily eroding over the years amid grueling working conditions. Businesses across the economy struggled to hire workers: at warehouses, at retailers, at construction companies and for other skilled trades. Even as employers resorted to lifting wages, labor shortages persisted.

Shortages of one thing have turned into shortages of others. A dearth of computer chips, for example, has forced major automakers to slash production, while even delaying the manufacture of medical devices. As businesses and consumers have reacted to shortages by ordering earlier and extra, especially ahead of the year-end holidays and Chinese New Year. Closeout liquidators will be ready and able to take advantage of closeout buying opportunities in the new year.

Merchandise USA is an overstock liquidation wholesale company. We specialize in liquidating excess inventory and have been in business more than 35 years. We help businesses liquidate and sell overstock merchandise when they have too much inventory in the warehouse.. We buy surplus inventory and closeouts only of housewares, toys, sporting goods, lawn and garden products, etc.