Is There A Recession Brewing In China? Or Is China Already In A Recession? 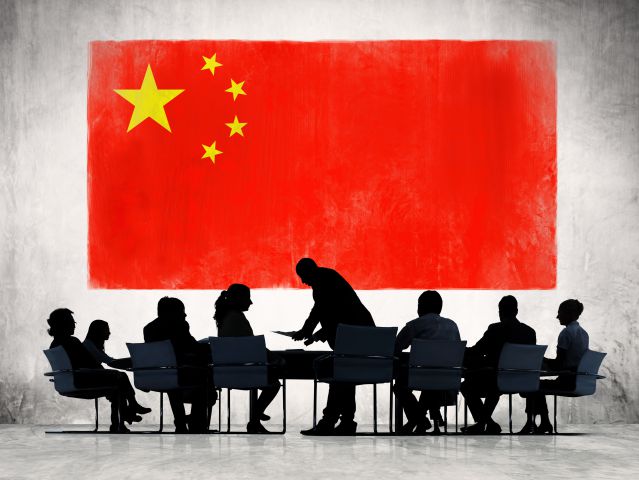 The world's second-largest economy has likely slipped into a recession, at least by China's standards. Severe lockdowns in response to the latest COVID-19 outbreaks have resulted in a sharp economic slowdown. This slowdown will affect the U.S. As fewer goods move across the ocean, and in time there will be fewer closeouts and excess inventory. A reduction of goods in the U.S. May also lead to companies closing warehouses and shutting down business. Many economists have downgraded their China gross domestic product (GDP) growth targets for this year, citing risks from the zero-COVID policy. Most notably, the International Monetary Fund recently lowered its China GDP growth forecast for 2022 to 4.4%, well below the government's target of about 5.5%. Companies that specialize in buying closeouts may also refer to themselves as inventory overstock buyers, excess inventory buyers and inventory liquidators.

The most dramatic of these recent lockdowns saw tens of millions of people confined to their homes in Shanghai during April. Data to be reported this week on April's retail sales in China is expected to show a drop of -7.5% from a year ago. But there may be even worse news. China reported a steep drop in tourist spending for the five-day Labor Day national holiday in early May. Tourist spending was down 43% from the same period last year, according to the Ministry of Culture and Tourism. Just like the United States, major economic powers still rely on tourism and consumer spending to drive their economies. If consumer demand for products and services in China is really down 40% plus, they are likely in recession. Since China and the United States are so closely connected, a weak economy there may lead to a weak economy here. A recession is marked by a slowdown in consumer spending. This often has a trickle down affect and leads to people shutting down their business and liquidating excess inventory. A business may find itself closing a warehouse or downsizing warehouses if sales weaken to the point where they are no longer making money.

The Caixin Services Purchasing Managers' Index, a closely watched indicator of the services sector of China's economy, plunged to 36.2 in April from 42 in March (below 50 indicates contraction). The impact is considerable, as the services sector accounts for more than half of China's GDP and over 40% of the country's employment. When a business has slow moving inventory, they might contact excess inventory buyers to sell closeouts. If a company is shutting down it's business, the best option is to reach out to auctioneers and closeout liquidators who can buy the entire inventory in one fell swoop. Selling slow moving inventory in bits and pieces takes to long and does not generate large enough amounts of cash quickly enough. While the extent of the contraction was not as severe as the nationwide lockdown during the initial outbreak in February 2020, the sudden drop is beyond a normal cyclical fluctuation. With China's manufacturing sector also shrinking last month, it appears that the world's second-biggest economy may have gotten smaller in April.

Against all expectation (not a single economist polled by Bloomberg had predicted it), the People’s Bank of China has cut interest rates. The ease was only by 10 basis points, to the bank’s one-year lending rate, but it was still in the exact opposite direction to the monetary route being taken in the west and in the rest of the emerging markets. And the PBOC would assuredly not have done this unless it felt compelled — which implies that the central bankers believe the Chinese economy is in a worse state than it appears. If this is the case, and if the Chinese economy is contracting, the effects will also be seen in the United States. During the pandemic there were huge amounts of imports coming into the United States; then, recently, consumer demand softened and many containers arrived late. Now there are closeouts and overstock inventory flooding the U.S. Market and forcing businesses to shut down and many are closing warehouses or downsizing 3PL warehouses and moving to a smaller space.

China's central bank is expected to pay more attention to keeping inflation in check during the rest of the year while sustaining support for economic growth, experts said on Thursday. Given the necessity of maintaining price and financial stability, the possibility of cutting policy interest rates in the coming months has declined. If you want to sell dead stock and liquidate merchandise, you can do a simple Google search for the following terms: buyers for inventory, liquidation inventory, sell surplus merchandise, buy closeouts, selling obsolete inventory and wholesale liquidators. Any of these should give you some direction and you can begin discussing your overstock inventory problem with professional closeout buyers.

This wasn’t deliberate misinformation. Rather, we can take this as evidence that the decision was very finely balanced, and that there is disagreement among policy makers about what to do next. Like their counterparts at the Federal Reserve in the US, they may also have been data-dependent. The latest round of Chinese data might simply have left them with no choice but to ease.

For the rest of the world, arguably the most critical Chinese data point is the volume of its imports. For years, it has been the world’s spender of last resort. But imports, overstock merchandise and closeouts measured in dollars, have tailed off, while exports are surging as the economy tries to get under way after Covid-19. There are more closeouts available now than there were at anytime during the past 24 months of Covid. Clearly, too much inventory arrived at U.S. Ports too late and now all this overstock has to be disposed of. We are getting calls to buy overstock housewares and kitchenware, closeouts of toys and excess inventory of lawn and garden, hardware, sporting goods and much more.

China’s appetite affects the rest of the global economy most directly through the prices of commodities, especially industrial metals. The main Chinese iron ore contract has suffered a massive fall since peaking in the middle of last year, while copper dropped sharply this year. Both were clear signs of weak Chinese demand: China’s factory activity extended declines in August as new COVID infections, the worst heatwaves in decades and an embattled property sector weighed on production, suggesting the economy will struggle to sustain momentum. Once these factories finally return to normal production, the U.S. May not be able to take enough goods because we may be heading into a recession. There has been a perfect storm and the result will likely be warehouses shutting down, businesses closing, and record amounts of surplus inventory and obsolete inventories for sale.

Some of China’s biggest cities from Shenzhen to Dalian are imposing lockdowns and business closures to curb COVID-19 outbreaks at a time when the world’s second-biggest economy is already experiencing weak growth. Some bullish factors provided a floor to prices. Data from the American Petroleum Institute (API) showed gasoline inventories fell by about 3.4 million barrels, while distillate stocks, which include diesel and jet fuel, fell by about 1.7 million barrels for the week ended August 26. The drawdown in gasoline stockpiles was nearly triple the 1.2 million barrel drop that eight analysts polled by Reuters had expected on average. For distillate inventories they had expected a drop of about 1 million barrels.

But China’s relationship to the rest of the emerging markets complex has shifted. At one point, Latin America — which produces much of China’s copper and iron ore — traded as though it was a direct play on the Chinese economy. Any gain for the copper price would buoy the region. That seems to be over. Latin American stocks failed to join in with the 2021 rally in metals prices, and no longer look so tightly linked to China: Latin America has become an emerging market for closeouts and overstock inventory as large discounters like Dollar City open stores throughout the region. The parent company, Dollarama, has 1400 stores in Canada and they specialize in selling closeouts, excess inventory deals, imports and overstock merchandise at extreme discounts. Dollar City is opening in many South and Central American countries with the same deep discount program offering their customers great deals on closeouts of toys, housewares, sporting goods, lawn and garden and much more. Surplus liquidators help supply the chain with large quantities of closeouts and other liquidation goods. This is part of a broader picture. China’s stock market detached from the rest of the emerging market complex with the onset of the pandemic, and has grown further apart ever since. Foreign investors’ visceral discomfort with China, driven primarily by political concerns but also by the problems for the Chinese economy, has now translated into making access to capital much harder for companies. News that more China companies were delisting in New York only accentuates a strong trend. Merchandise USA is a wholesale liquidator in business 38 years. We are closeout buyers for all categories of consumer goods, but we specialize in buying excess inventory of housewares, home décor, sporting goods, toys, lawn & garden and closeout pet products. We work with Amazon sellers shutting down seller accounts and companies shutting down 3PL warehouses.