Target and Walmart Both Missed Earnings. What Does This Mean For Closeouts. 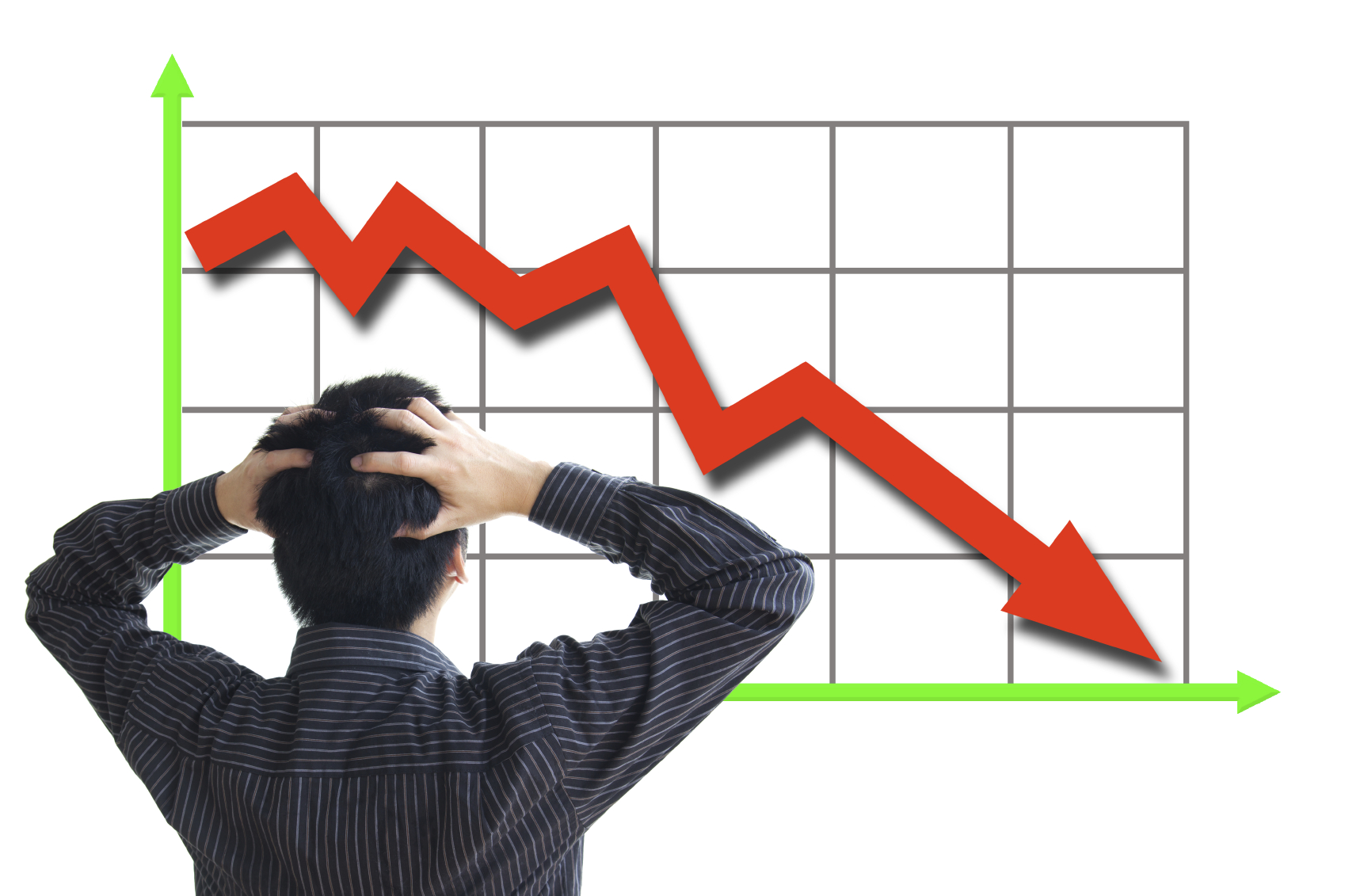 Walmart (WMT) reported mixed quarterly reports with both earnings falling short of estimates as rising costs for food, fuel and wages weighed on profitability even as still-solid consumer spending helped buoy sales. Shares fell 11.35% on Tuesday for the stock's worst single-session decline since 1987.Here were the main metrics from Walmart's first-quarter earnings report, compared to consensus estimates compiled by Bloom berg:rising prices have weighed on profitability for Walmart, as earnings fell short of estimates for the company's three-month period that ended April 30. Doug McMillan, Walmart's president and CEO, cited increased costs for both food and fuel at the company as some of the main culprits. These same metrics are likely to affect closeout brokers and companies that sell excess inventory and overstock to closeout websites, auction houses and inventory liquidators.

Walmart announced a few weeks ago that it was raising starting salaries for long-haul truckers to as high as $110,000, nearly double the national average, according to Glassdoor. The Wall Street Journal also just reported that the company is struggling to fill store manager roles despite offering a $200,000 salary. Walmart acknowledged that wage pressure was a primary reason that operating margin at Walmart U.S. shrank by nearly a percentage point to 4.6%, or $4.5 billion in operating income. Rising wages, and increases in the cost of gas, food and rent are all contributing factors to a slowdown in retail sales among closeout brokers, closeout discount stores, dollar stores, closeout websites and other extreme value discount chains including Ollies, Dollar Tree, TJ Maxx and Costco. Basically, all businesses involved in liquidation inventory or other models that rely on closeouts for selling too much inventory in a bin store or discount store environment are in for some changes. Closeout buyers and liquidators count on consumer's having extra disposable income to buy in both brick and mortar discount stores and closeout websites. With inflation running so hot and everything costing more money, there is little left for businesses that sell excess inventory and overstock as their model.

In Walmart and Target's earnings there were also a number of bright spots. Grocery sales increased by double digits at Walmart U.S., partly due to inflation, and Walmart also gained market share in this key category, which makes up a majority of its revenue. Discount shoppers fled to Walmart during the pandemic as a way to get more for their money and find overstock inventory for sale at low prices. Closeout brokers and closeout wholesalers supply retail chains with excess inventory that needs to be sold to make room in the warehouse for new merchandise. These goods often sell for much less than the regular comparable goods that are not on closeout. Walmart, known for its "everyday low prices" model, has traditionally been resilient in recessions, and sees them as opportunities to gain market share. In fact, gaining market share is more important to its long-term performance than padding quarterly profits by raising prices, and investors should support a strategy that focuses on market-share gains rather short-term profits. Today's consumer looks for inventory liquidations and companies that want to sell excess inventory at a discount as a way to stretch their dollar further.

Sam's Club also continues to deliver blockbuster results with comparable sales up 17%, or 28.1% on a two-year basis. E-commerce sales increased 22% at the club chain and membership income was up 11%. Profits were also down at Sam's, but that top-line growth should pay off over the long run, and it shows Walmart has successfully turned around a business that was long a drag on overall results. By selling extreme value closeouts and surplus inventory, chains like this can compete in a saturated market during times like these with high inflation.

Coming into the first-quarter report, Walmart was actually in positive territory for the year, up 3% for the year, compared to a 14% drop for the S&P 500. After Tuesday's slide, Walmart stock was still outperforming the broad-market index, down 9% for the year. With management now calling for adjusted earnings per share to be flat compared to last year at $6.46, Walmart is trading at a forward price-to-earnings (P/E) ratio of about 20, essentially in line with the S&P 500's P/E. Other stocks, like Ollies, are trading at a forward price to earnings ratio of 17, which is more in line with the average for retail. This chain specializes in buying closeouts from businesses with too much inventory, and they often run big sales and discounts on product liquidations and closeouts, overstock and wholesale closeouts. Ollie's buyers have been in the business of buying excess inventory for many years and have relationships with factories that need to sell excess inventory for cash.

Walmart, a slow-growing consumer staples stock, generally trades at a significant discount to the S&P 500, but investors have piled into consumer staples stocks this year to seek refuge from the broader volatility in the market, abandoning growth stocks and tech stocks in the process. Walmart now has roughly the same earnings valuation as Alphabet although the Google parent is growing much faster than Walmart. To find companies that buy closeouts you can do a simple online search using terms like closeout brokers, closeout websites, closeout wholesalers and overstock liquidation buyers.

Walmart's plunge on Tuesday, therefore, seems like a sign that the pendulum has swung too far as investors try to steel themselves for a potential recession. The stock's reaction shows that growth stocks have gotten too cheap at this point and safe stocks like Walmart are too expensive. For Walmart itself, fiscal 2023 is shaping up to be a rough year, but the company should emerge from the current volatile environment in a stronger position. Walmart offers consumers great deals on everyday low prices as well as special closeouts and deals on excess inventory from importers and manufacturers. However, without the usual discount to the S&P 500's valuation, it will be hard for the stock to outperform in the near future.

Chief Financial Officer Brett Biggs told CNBC in an interview “some merchandise arrived late and other items, such as grills, plants and pool chemicals, didn’t sell due to unseasonably cool weather in the U.S.” But the bigger factor revolves around Walmart’s top sales category of food, which saw a 9.4% increase in in April. And increased sales of lower-margin consumables at the expense of higher margin apparel and electronics are emblematic of consumers who are feeling financially pressed. Due to the supply chain disruption during the pandemic, tons of inventory arrived too late and had to be disposed of below cost. This created a huge opportunity for closeout buyers, closeout brokers and other liquidation companies due to there being too much inventory in the market that was late for Christmas.

Target has been preparing the street for a slight reduction in Q1 margins, dropping below the prior year’s record mark of 9.8%. So much for positioning. While comp sales grew 3.3% and total revenue of $25.2 billion represented an increase of 4% compared to last year, the bottom line missed expectations, dramatically. Target shares fell 25% to about $162 in early Wednesday trading, positioning the company for its largest single-day percentage decrease since 1987, Target sells closeout housewares, home goods, domestics, toys and sporting goods in brick and mortar stores around the globe. Excess inventory buyers have been successful in buying Target loads of both general closeouts and returns, and selling them to closeout websites, liquidation companies and overstock buyers specializing in closeouts of all consumables.

Operating income was $1.3 billion, down 43.3% from the $2.4 billion in 2021, driven primarily by a drop in gross margins. Operating margin rate of 5.3% was well below expectations, driven by gross margin pressure reflecting actions to reduce excess inventory as well as higher transportation costs. Earnings per share were $2.19 adjusted vs. $3.07 expected. Target sells to the same customers that shops in Dollar Tree stores and Ollies, where they are accustomed to getting great closeout products at a deal. These consumers expect extreme values on surplus merchandise that did not make it through the normal supply chain to department stores or other high end retailers. Often, closeouts are available at discounts due to slowing sales or canceled orders.

Target CEO Brian Cornell sited increased freight costs were due to the dramatic rise in fuel prices, that item alone represented a $1 billion hit to the bottom line. Additionally, and uncharacteristically for Target, their category mix was off due to a change in shoppers discretionary spending. Closeout buyers and liquidators specialize in dealing with businesses who are downsizing warehouses and needing to liquidate inventory, or businesses that are shutting down due to the pandemic and getting rid of merchandise.

Sales of items like TVs, kitchen appliances and bicycles dropped off as consumers shifted their spending towards experience-based purchases like booking trips and going to restaurants, he said. Meanwhile toy sales grew by the high single digits as families resumed children’s birthday parties. Luggage sales were up more than 50%. Cornell stated “throughout the quarter, we faced unexpectedly high costs, driven by a number of factors, resulting in profitability that came in well below our expectations, and well below where we expect to operate over time. Despite these near-term challenges, Target anticipates mid-single digit revenue growth, and an operating margin rate of 8% or higher over time.” Generally, liquidators in this closeout market will experience growth during challenging times, and may even have an increase in sales of their excess inventory, liquidations and overstock.